Written by Heroes and Mortals on September 28, 2019 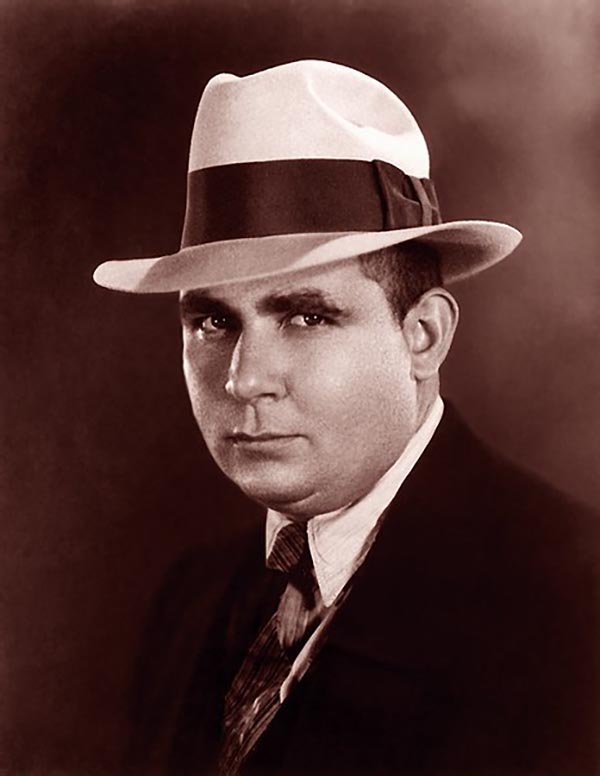 A reading of the short story by Robert E. Howard published in November 1935 in Weird Tales. 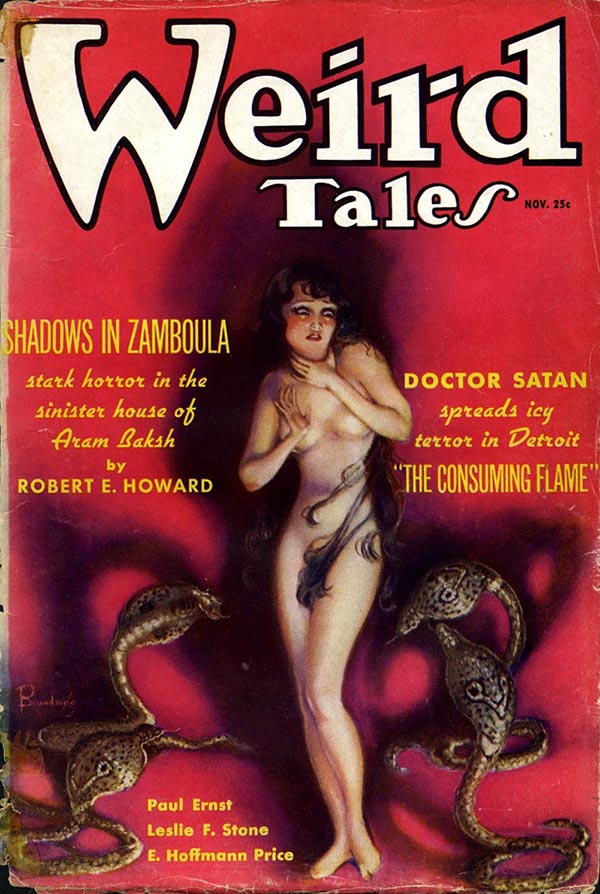 Despite the warning he received in a suq by an elderly nomad, Conan spends the night at a cheap tavern in Zamboula, owned by Aram Baksh. As night falls, a black cannibal from Dafar enters his chamber, by means of a trap door, to drag Conan away and feast on him. All of the Darfarian slaves in the city are cannibals who roam the streets at night. Since the cannibals only prey on travelers, the inhabitants of the city tolerate this and stay locked securely in their homes, while nomads and beggars make sure to spend the night at a comfortable distance from Zamboula. Even worse, Aram Baksh has made a deal with the cannibals – he provides them with “fresh meat” and profits from the belongings of his ill-fated guests at the inn. This night, however, the unfortunate cannibal attempts to prey on a fully aware Conan and pays with his life. Realizing his room is actually a trap, Conan escapes into the Zamboulan streets where he encounters both a naked woman and her deranged fiancé. Soon, Conan rescues her from an attack by the cannibals. The woman tells him how she tried to secure her finance’s unending affection via a love potion, which instead made a raving lunatic of him. After promising Conan “a reward” in return for his assistance, the two attempt to murder a high priest responsible for the lover’s insanity. 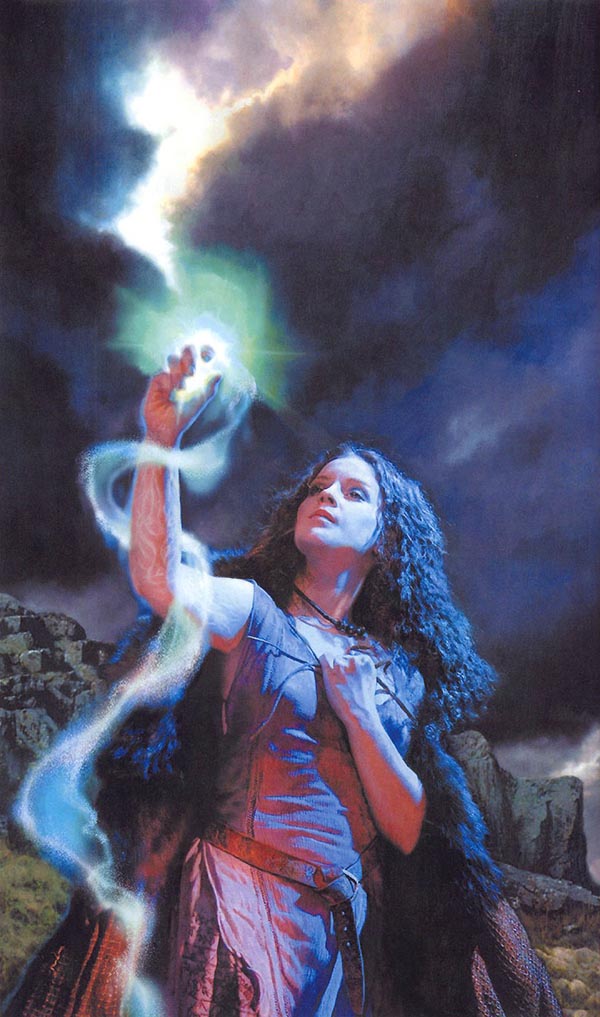 The woman is captured in their attempt, and forced – via hypnotism – to dance before the high priest until she is exhausted. Conan, after defeating – quite literally – a strangler named Baal-Pteor at his own game, rescues the woman and kills the corrupt priest. Right before Conan could claim his payment, the woman reveals herself as Nafertari, mistress of the satrap of Zamboula, Jungir Khan (the insane lover). Taking the antidote to Jungir, Nafertari promises Conan a position in her council and vast wealth.

Conan, however, leaves the city and reveals to the reader how he had recognized the two almost immediately. He takes his revenge on Aram Baksh, by cutting out Baksh’s tongue and slicing off his beard. Soon, Conan renders him mute and unrecognizable. Eventually, he turns Baksh over to the hungry cannibals so they can devour him (one of the most profound displays of Conan’s ironic sense of humor). After dealing with Aram Baksh, Conan leaves the city with gold and a magic ring which started the night’s intrigues (Conan had stolen it from the insane Jungir during their first encounter), with the intent of selling his prize to another interested party. 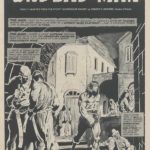 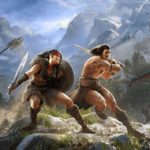 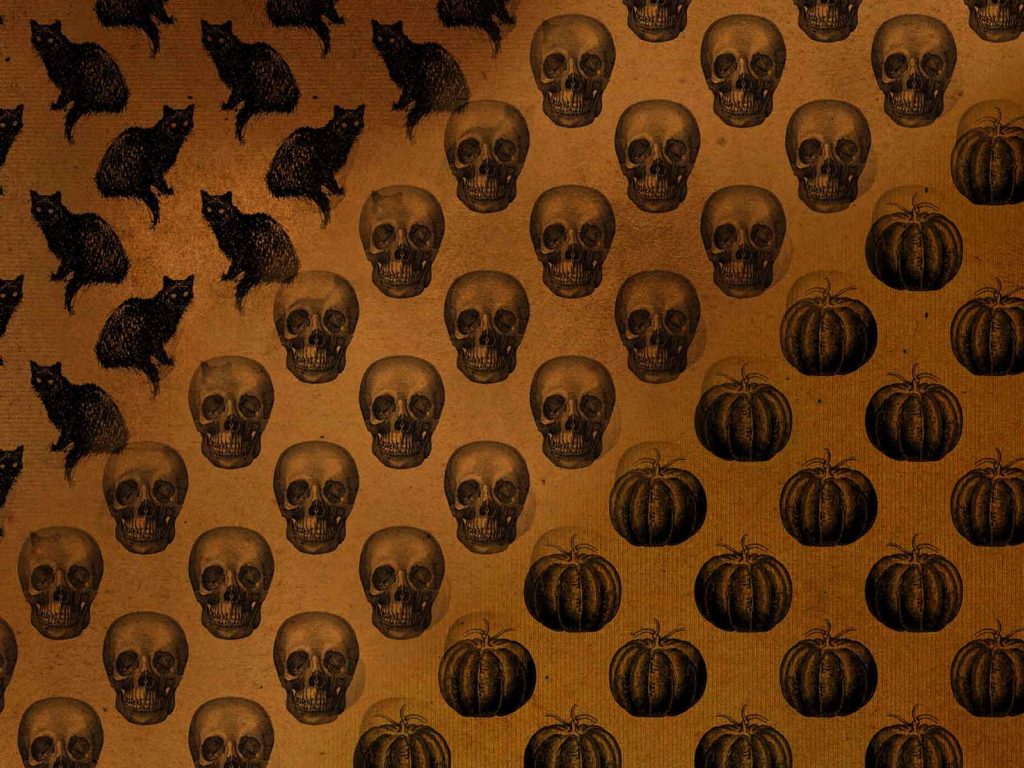 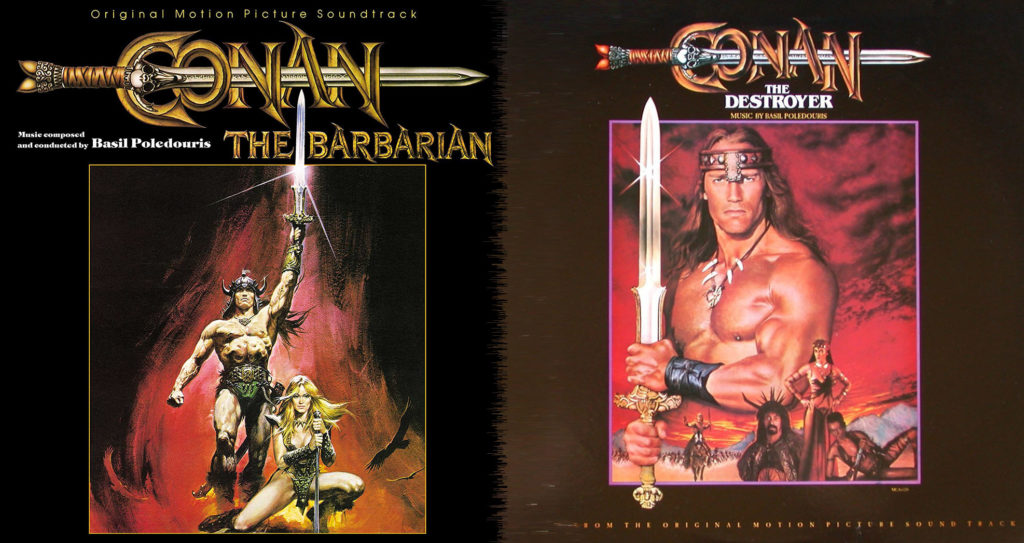