10 Songs that are sci-fi/fantasy epics of their own 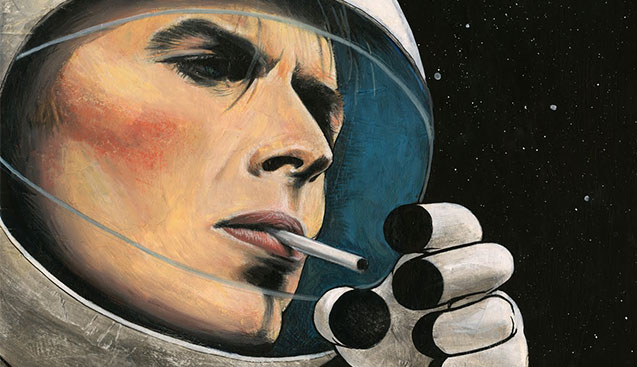 Finding epic sci-fi and fantasy songs is what we do here and while searching for tunes came across a blog post a few years ago that had a nice list of “10 songs that are basically sci-fi/fantasy novels in music form”. Read the full article at Barnes & Noble for details on their selections, but […] 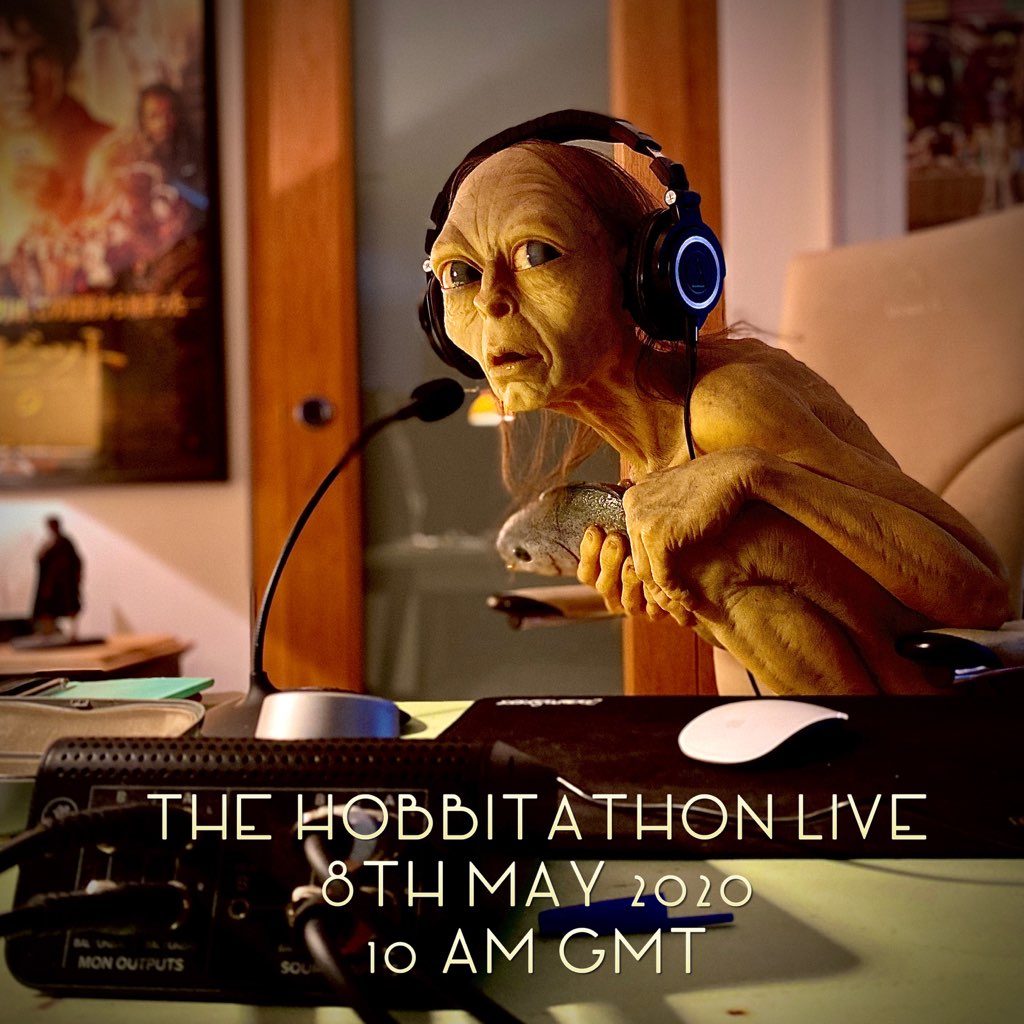 Andy Serkis will give a continuous live reading of The Hobbit to raise money for two charities, the NHS Charities Together and Best Beginnings. “So many of us are struggling in isolation during the lockdown,” he said. “While times are tough, I want to take you on one of the greatest fantasy adventures ever written, […] 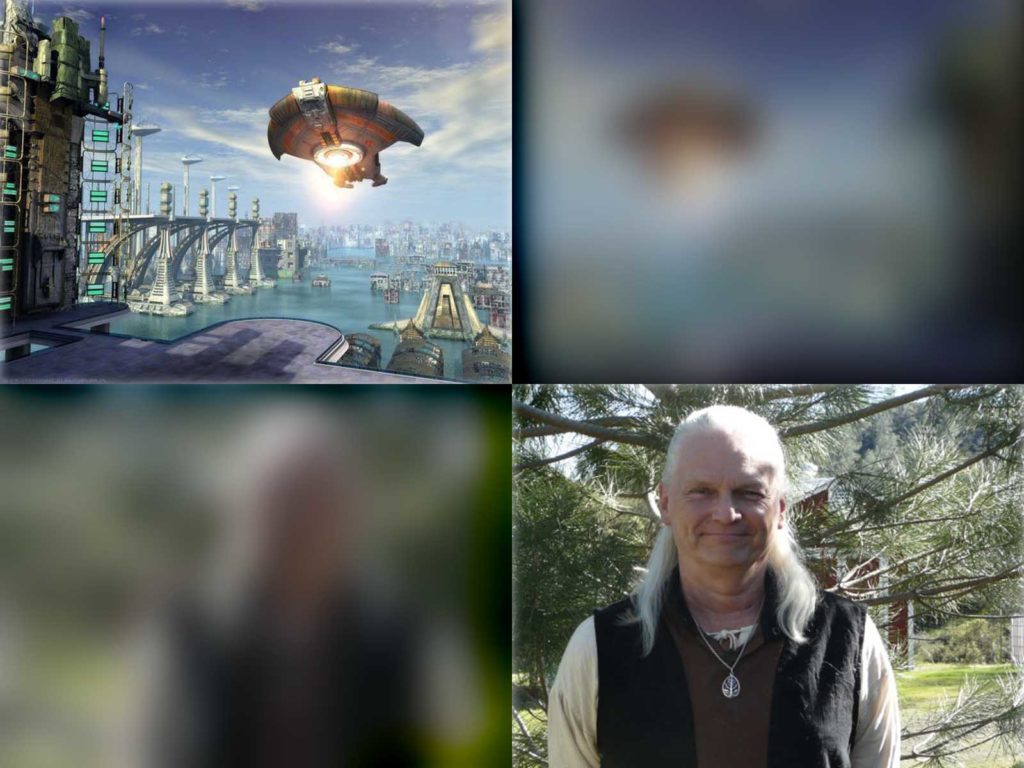 Curated music, interviews, news and more from Heroes and Mortals Radio! Presenting the Heroes and Mortals Interview series: PDX Sci-Fi Book Club and The Elven Scholar Tune in below to listen in live! When: Wednesday, April 22 at 4pm PST and Sunday, April 26 at 11am PST Where: https://heroesandmortals.com Interview with Diane from: Portland SCI-FI Book […]

Denis Villeneuve intends to create a Dune that has so far only existed in the imagination of readers. The key, he says, was to break the sprawling narrative in half. When Dune hits theaters on December 18, it will only be half the novel, with Warner Bros. agreeing to tell the story in two films, similar to the […]

Could Sol Levante Be Anime’s Lord of the Rings

Sol Levante was a visual spectacle, and while it was short on story in just four minutes of action, it could become anime’s Lord of the Rings.  Read the rest of the story…

10 Fantasy Stories That Give Us Hope 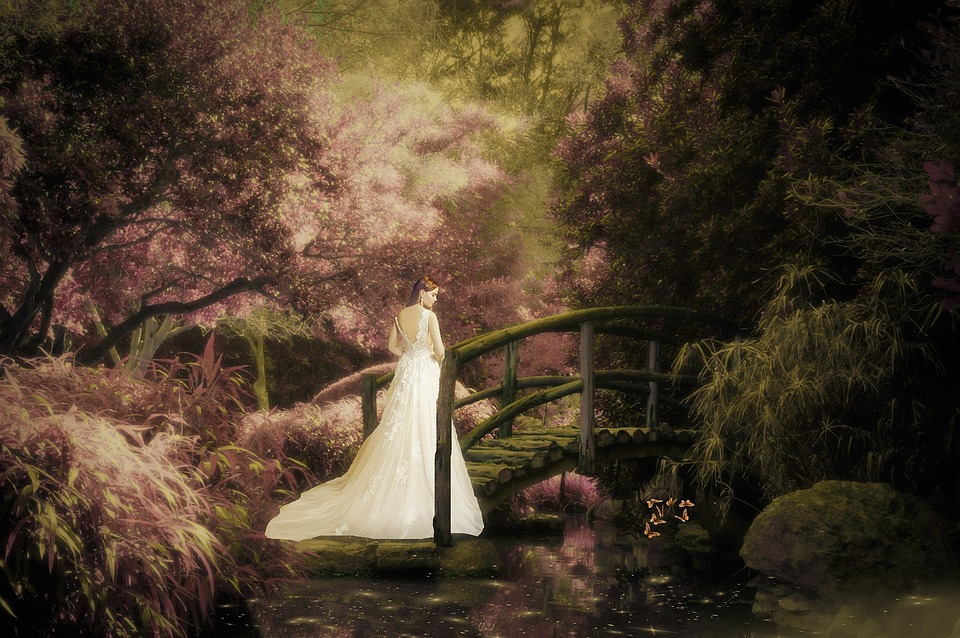 The times we live in are bleak. In an increasingly horrifying world, some turn to horror—a genre that understands their fears—to find solace. Others need something a little different; they need a story that distracts from anxiety rather than confronts it. This list is for those readers, the ones who want to read lush, lovely fantasies […] 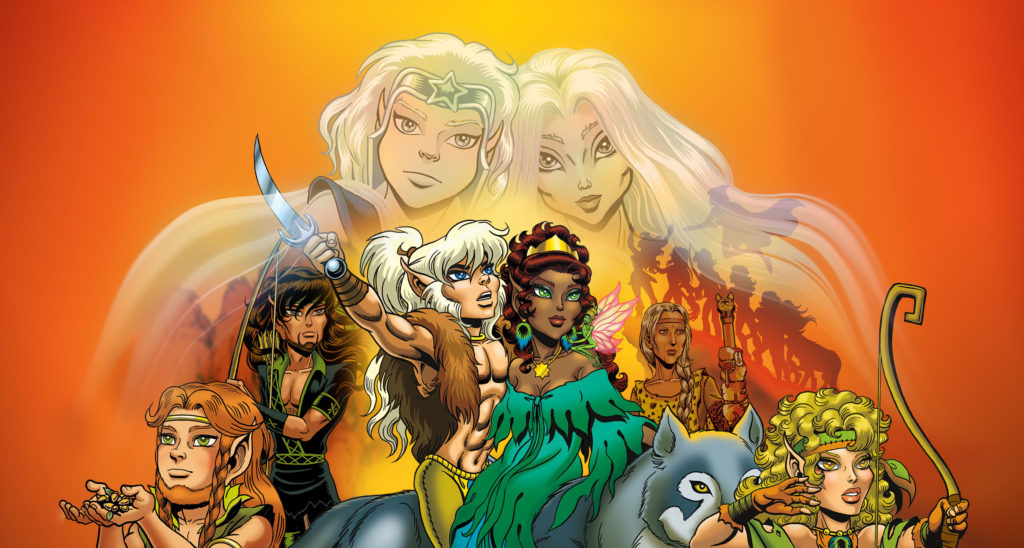 In keeping with our curated activities to stay at home we’ve discovered (or rather re-discovered) Elfquest!  If you remember the spectacular art and graphic novels from the late 70’s created by Wendy and Richard Pini then you’ll be pretty psyched to find out they’re releasing free PDF’s of their work as a coloring book.  For […] 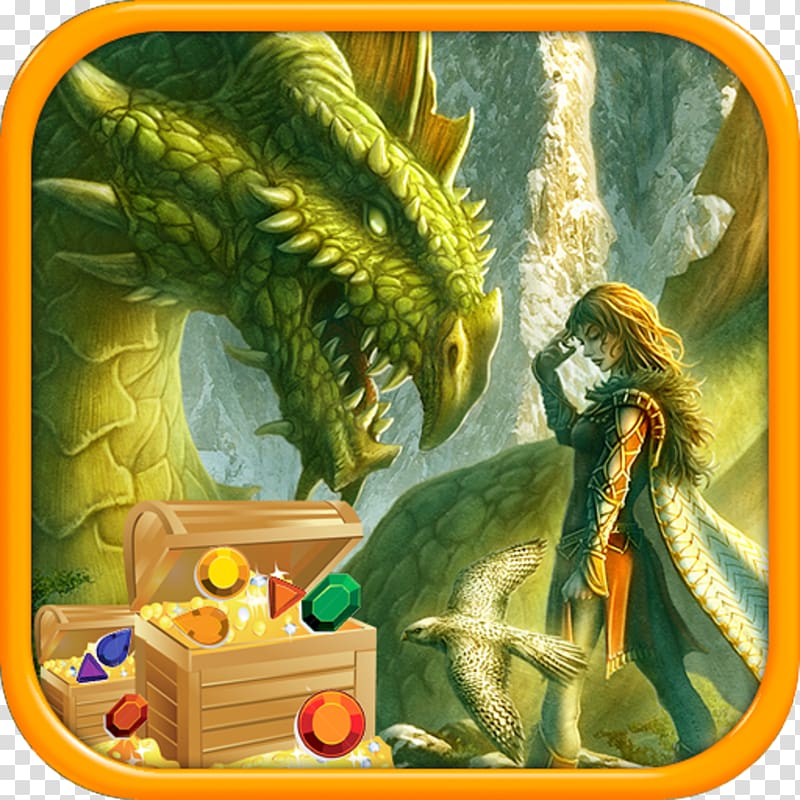 According to the New York Daily News as of Wednesday, March 25th, Netflix has been crashing.  Mostly in Europe, but people in the U.S. have been experiencing outages.  Another option is to, gasp, read a book.  However with the increasing popularity of audio books Audible has seen a spike in commerce.  Whilst the $14.95 a […] 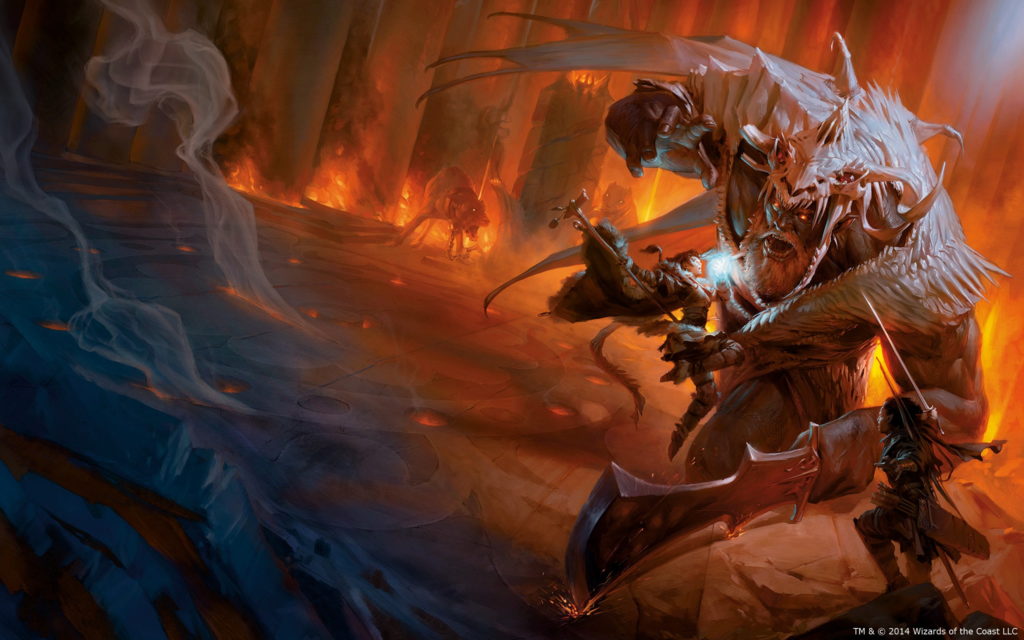 With Coronavirus social distancing rules in place, how does one continue to campaign without actually sitting around a table?  Well luckily there’s a solution that has been around for awhile.  According to SYFY Wire: “Any wizard or warlock worth their salt knows how to magically use astral projection to move through the ethereal plane while […] 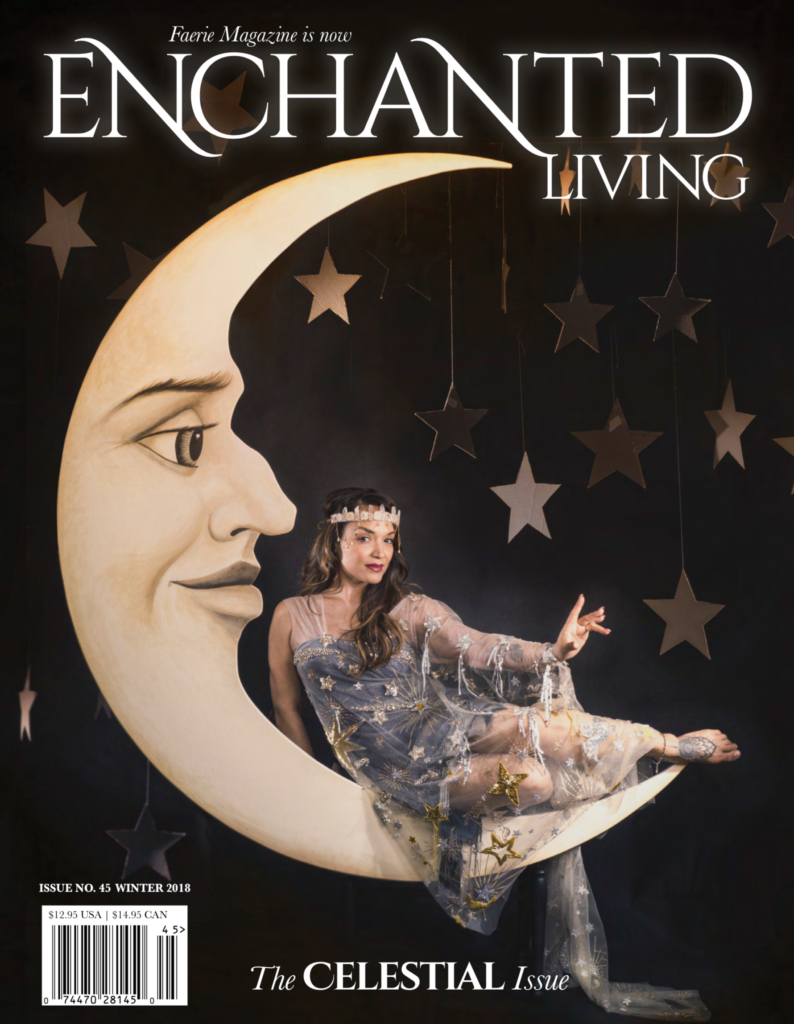 Enchanted Living Magazine, formerly known as “Faerie Magazine’, is one of our favorites.  The photography itself is worth the cover price.  During this stay home time we thought we’d let everyone know of their ‘enchanted’ offer to give everyone a little break from binge watching Buffy the Vampire Slayer for the 18th time. Here’s a […]

Call to Adventure: An upbeat mix of pop, rock, and movie and game tracks to start your day.

Join us Tuesday night for a Yuletide evening, and all week! Tonight's show will be 'The Nutcracker' by Tchaikovsky! Plus seasons tunes curated for lovers of Fantasy and Sci-fi ... See MoreSee Less

Inspiration can be found in the stories that evolved out of fantasy, sci-fi, history, and myth. We built a radio station that pulls from our favorite films, stories, musicians, and artists who have adventured into, and sometimes out of, the mythical and historical worlds that inspire all of us.
View on Facebook
· Share

#NowPlaying The Council of Elrond Assembles (Featuring ''Aníron (Theme for Aragorn and Arwen)'' composed and performed by Enya) by Howard Shore at Heroes and Mortals Radio! Listen live at http://heroesandmortals.com!

#NowPlaying The Song of the Sword-Dancer by Percival at Heroes and Mortals Radio! Listen live at http://heroesandmortals.com!