Visit our Etsy Shop for hand-made letter pressed elven cards, while you listen to The Elven Scholar, today at 1pm Pacific.

The Tombs of Atuan, a radio play based on the book of the same name by one of Portland's favorite dughters, the late Ursula K. Le Guin. An adaptation of Le Guin's fantasy novel about the girl Tenar who is selected to become the priestess Arha of the Nameless Ones.

The Tombs of Atuan, a radio play based on the book of the same name by one of Portland’s favorite daughters, the late Ursula K. Le Guin. An adaptation of Le Guin’s fantasy novel about the girl Tenar who is selected to become the priestess Arha of the Nameless Ones.

It is the second book in the Earthsea series after A Wizard of Earthsea (1969). The Tombs of Atuan was a Newbery Honor Book in 1972.

Set in the fictional world of Earthsea, The Tombs of Atuan follows the story of Tenar, a young girl born in the Kargish empire, who is taken while still a child to be the high priestess to the “Nameless Ones” at the Tombs of Atuan. Her existence at the Tombs is a lonely one, deepened by the isolation of being the highest ranking priestess. Her world is disrupted by the arrival of Ged, the protagonist of A Wizard of Earthsea, who seeks to steal the half of a talisman buried in the treasury of the Tombs. Tenar traps him in the labyrinth under the Tombs, but then rebels against her teaching and keeps him alive. Through him she learns more of the outside world, and begins to question her faith in the Nameless Ones and her place at the Tombs.

Like A Wizard of Earthsea, The Tombs of Atuan is a bildungsroman that explores Tenar’s growth and identity. Tenar’s coming-of-age is closely tied to her exploration of faith and her belief in the Nameless Ones. The Tombs of Atuan explores themes of gender and power in the setting of a cult of female priests in service to a patriarchal society, while providing an anthropological view of Kargish culture. Tenar, who became the subject of Le Guin’s fourth Earthsea novel, Tehanu, has been described as a more revolutionary protagonist than Ged, or Arren, the protagonist of The Farthest Shore (1972), the third Earthsea volume. Whereas the two men grow into socially approved roles, Tenar rebels and struggles against the confines of her social role. The Tombs of Atuan shares elements of the story of a heroic quest with other Earthsea novels, but subverts some of the tropes common to the genre of fantasy at the time, such as by choosing a female protagonist, and a dark-skinned character.

The Tombs of Atuan was well received when it was published, with critics commenting favorably on the character of Tenar, Le Guin’s writing, and her “sensitive” portrayal of cultural differences between the Kargish people and the people of the rest of Earthsea. The story received praise for its exploration of religious themes and ethical questions. Le Guin’s treatment of gender was criticized by several scholars, who stated that she had created a female protagonist, but within a male-dominated framework. Nonetheless, the novel has been described by scholars and commentators as “beautifully written”, and a “significant exploration of womanhood”. 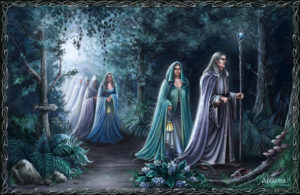 The Music of The Hobbit and The Lord Of The Rings 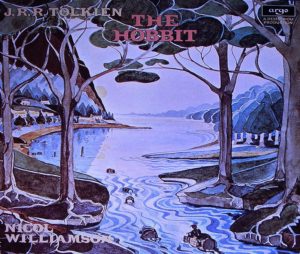 The Road Goes Ever On

Copyright 2021 Heroes and Mortals. All Rights Reserved. Note: All times on this site are Pacific Daylight/Pacific Standard Time (PDT/PST) which is UTC/GMT -7:00/-8:00 hours.